Hosokawa Alpine is an innovative global leader in machine and system engineering and has its headquarters in Augsburg as well as a branch in Leingarten (Baden-Württemberg). The company also has several subsidiaries at home and abroad. Within its two business segments, namely process technology and film extrusion, Hosokawa Alpine builds and installs machines and systems for customers from all over the world. The company has a total of around 750 employees and generated an annual turnover of some 211 million euros in fiscal year 2017/2018. The company turnover outside Europe is around 50 per cent and the export quota totals around 80 per cent. The company has been a wholly-owned subsidiary of the Japanese Hosokawa Micron Corporation since 1987.

The core competence of Hosokawa Alpine is the manufacture of machines and systems for processing powders, granules and bulk materials as well as systems for producing and processing blown film. As a technology leader, the company maintains application test centres for both business segments in which trials are carried out for customers. The process technology segment has a 3000-m² test centre in which trials for both dry and wet processing can be carried out with 60 machines and systems. In the film extrusion test centre, the latest film blowing and orientation lines spread over an area of 1000 m2 are available for customer trials.

The entire R&D environment is always at the forefront of technology. With the ExVis software package in the film extrusion division, Hosokawa Alpine focuses on the potential of digitisation. With this tool, the current process parameters can be monitored and controlled constantly, thus increasing the availability of the systems. With its remote customer service, the process technology business segment also offers a solution which ensures optimal usage of the digital process data. Hosokawa Alpine relies increasingly on the possibilities of virtual reality for system design and engineering. The technology increases the efficiency of the design phase and delivers an early and tangible plan of the projected system.

The high quality of our products is one of the basic factors which contributes towards our business success.

Get to know the executive board, the supervisory board and the division heads.

is an internation provider of machines, systems, processes and services.

Hosokawa Alpine AG supports a number of institutions located in the immediate vicinity.

began 1898 as the mechanical workshop of Mr. Otto Holzhäuer.

Hosokawa Alpine is an active member in many associations and organisations. 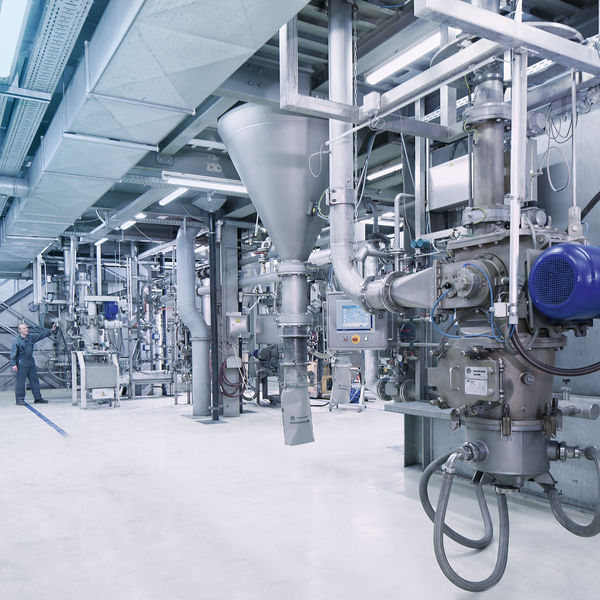 Development, project planning, and manufacturing of equipment for the preparation of powders, granulates, and bulk materials.

Development, project planning, and manufacturing of equipment for the production and finishing of blown films.